Difference between UI and UX You Need to Know

At the time of doing business or otherwise, the role of marketing is very influential. In this modern era, almost all companies implement digital marketing strategies. 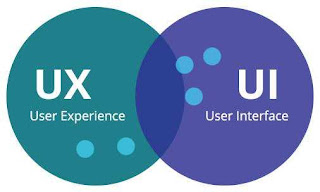 If you are in this world, then you are already familiar with UI and UX. Many people are still confused about the difference between UI and UX.

While the two elements are a system that must exist and are the most important. However, there are still many who say that UI becomes UX or vice versa UX becomes UI.

More precisely, UI is appearance and UX is user satisfaction. So, UI must also be balanced with UX in order to have good results.

The following is an explanation related to UI and UX for more details.

What is UI (User Interface) 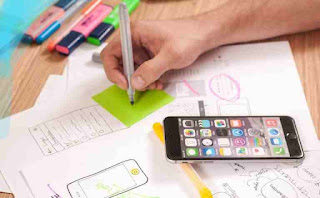 Currently, there are many competitions in the field of gadgets and many android phones have skyrocketed with various unique systems.

The UI system is a system that provides a display in an android. This system will be the difference between the system and other androids.

The use of UI in Android is the most important component. Because this UI is the intermediary between the user and Android itself.

You could say that the UI is the face of Android. The android interface includes themes, navigation, status bar, menu display and much more.

For those of you who are still confused, if you pay attention to the cellphone screen, it will have a different appearance even though they both use Android.

This is what is called the UI system. Developers are always trying to innovate in order to have a cool Android interface system. So that it can attract buyers.

Then there is another thing called UX. Of course, users already know that there is a UI as well as a UX. The difference between UI and UX is so vast that they cannot be considered the same.

What is UX (User Experience) 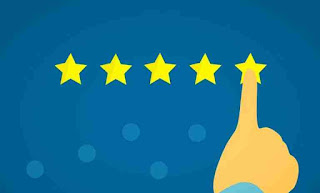 Generally, in every application use of any type, the main concern is about the use of the application system. You must judge from the usability and appearance. Easy to use will certainly make you more interested.

UX or user experience is more related to the level of satisfaction of the user.

Of course this is very different from the UI. UX does need to be developed and always develops rapidly. The reason is, this UX will be the attraction of a customer.

Based on the level of customer satisfaction, the developers try to improve the quality of a system made.

It is intended that a system is not only unique and attractive, but also has quality.

A quality system is a system that can be used easily and has a good level of control.

If a system can be used easily and then has an attractive appearance, then the system will be used often.

The difference between UI and UX is very striking. Starting from the manufacturing process to the development process.

You could say that UX is a process of developing the quality of using the UI. A very sophisticated UI must be balanced with UX in order to give birth to good usability.

Difference between UI and UX

After knowing about the meaning of UI and UX, of course you will understand what is the difference between UI and UX?

If you take a closer look at the definitions and uses of the two, you will find very striking differences, but there is continuity.

UI or user interface is a system that expects an increase in the appearance of the system's interface. The interface, of course, includes many components.

Starting from the theme used, the layout applied, to the visual appearance of a design. UI is more about appearance. A good display will make users interested.

Meanwhile, UX or user experience is more about the needs of the user. The appearance of a system is very important.

However, no matter how good the interface is produced or successfully developed, if at the time of use or operation it makes you confused, of course the system will not be looked at.

After knowing the difference between UI and UX, of course, you will know more and more that these two things must be applied equally in developing a system.

A charming and epic UI must be balanced with a good UX too. This will attract customers' interest in using the system.

In the process of developing a system as an effort to produce a good system, the UI needs to be developed in such a way.

In fact, it is not only UI that plays an important role, UX is also important. After knowing what is the difference between UI and UX? Of course you can understand related to both.

Skills a UI/UX Designer Must Have

For those of you who are interested in becoming a UI or UX designer, there are a number of skills that can be honed to make it easier to navigate the career you have built.

Problem-solving – both UI and UX designers must have the ability to solve problems.

Research capabilities – this will be the provision to create user-friendly designs that remain functional.

Using tools according to their field – without mastering the tools that must be used when designing, of course, will hinder your work and your team.