Google Penguin: Definition, Functions & Its Impact for SEO. Google Penguin is one of the algorithms issued by Google to punish websites/blogs that ...

Google Penguin is one of the algorithms issued by Google to punish websites/blogs that violate the Google Webmaster Guidelines . 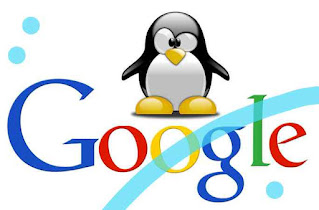 These webmaster guidelines are the basis for creating a website that complies with Google's rules so that your website is easier to find, index and rank.

Google strongly recommends that webmasters follow this guide, but in fact many webmasters justify any means to get instant rankings in Google's SERP.

As a result, the website gets penalized by Google, one of which is removed from the Google index.

So that you don't become the next victim, here we provide a complete discussion of the meaning of Google Penguin, its functions, how to avoid it and its impact on SEO.

Google Penguin is a google algorithm that focuses on unnatural links/backlinks to improve website rankings.

After Google's latest algorithm was launched, about 3.1 percent of queries in Google's SERP were affected by this SEO algorithm.

Google Penguin Algorithm is released simultaneously in all countries.

Officially the Google Penguin algorithm was released in April 2012 and is included in Google's core algorithm to date.

If you create an unnatural link at this time on the website, then the potential for the website to be exposed to the Google Penguin algorithm is very large.

The main task of this latest Google algorithm has two major tasks, namely:

These backlinks are made intentionally to increase the website's ranking in Google's SERP.

So you need to be careful using backlinks for website optimization, it could be that instead of making the website go up it even disappears from the SERP.

Backlinks that are not recommended, such as the PBN website .

There are also guest posts to other less relevant websites which are also not recommended.

If your website after planting backlinks on other blogs but instead drops in position, it could be affected by the effects of Google Penguin.

Stuffing keywords is entering excessive keywords in a page.

Keywords are indeed one way to be easily found on Google, but if used unnaturally it will be dangerous.

SEO Friendly articles are articles that are made as natural as possible and according to what readers are looking for.

The articles that we created are for readers, not for Google robots.

For that always check the keyword density, try to be as natural as possible and don't forget to optimize keywords derived from the main keyword.

Because websites that use black hat SEO techniques can be removed from the front page of Google.

Google Penguin prioritizes content that is made with natural, original and quality.

The impact of Google Penguin is that the website's ranking is down in search engines.

Even the worst effect is that the website is no longer indexed by Google.

If it's like this the domain has been blacklisted by Google and can't be indexed anymore.

How to Avoid the Google Penguin Penalty

You can't tell if your website is penalized by Google Penguin, because Google doesn't tell you.

The easiest way to know is from the ranking and also the number of visitors who have decreased drastically.

For that you can avoid the Google Penguin penalty in the following ways:

1. Always monitor the position in the Google SERP

Google's SERP can be the main reference to see if your website is still ranking on the front page or is it missing.

For that always monitor the position in the SERP of the pages that contribute the most traffic.

Google Analytics is the second reference to see the health of the website.

If you go down, don't immediately assume that you are affected by Google Penguin, it could be that your page ranking has dropped or there are other competitors who are ranking.

3. Monitor backlinks to keep them clean

You can monitor your website's backlinks, make sure it stays clean, avoid backlinks that are not of high quality.

To make it easier, you can use SEO tools such as Ahrefs, SEMrush, MOZ and so on.

Make sure you get organic and relevant links, not links that you create yourself.

Backlinks are one of the main causes of Google Penguin, for that it's a good idea to do regular audits, either weekly or monthly.

In this way, bad backlinks that enter your website can be minimized from the start.

The more keyword density in the article is good, but if it is done excessively it is not good.

If it's like this already included in the keyword stuffing, in the end it will be penalized by Google.

Create articles with appropriate keywords, do not need to be forced and most importantly the articles are easy to read.

Internal links that are allowed are those that are made naturally, avoid using internal links using too much exact match anchor text.

So how is it clear about Google Penguin and its impact?

Make sure you are always careful in creating content and website optimization, don't overdo it and make it as natural as possible.